Wherever you want in Marrakech city

Wherever you want in Marrakech city

The 4-days desert tour to Fez from Marrakech via Erg Chebbi dunes in Merzouga is highly recommended. The tour include 2 nights in the Sahara desert, camel trek and short drives. The tour offer you the opportunity to see the best of Morocco in just 4 days. 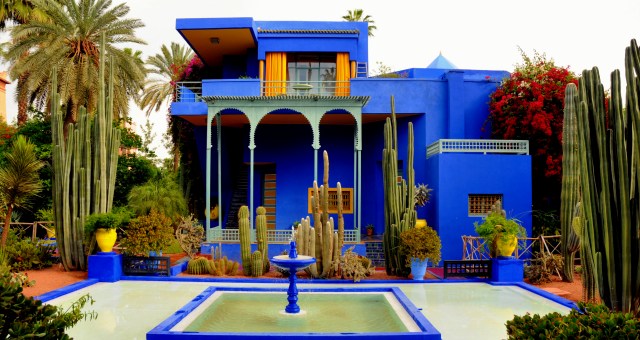 First day of the tour will commence at 8am from Marrakesh towards the High Atlas Mountains by passing through Tizi N’Tichka path where you stop to appreciate the mountain landscapes. Passing Tizi N’Tichka bends you will head to Ait Ben Haddou Kasbah which is the largest Kasbah in Morocco and also has been a UNESCO World Heritage Site since 1987 and several films have been shot here. You will break for lunch in Ait Ben Haddou and continue on your drive to Ouarzazate city which is nicknamed the “Hollywood of Morocco” and Morocco’s filmmaking location. There it existed the world’s largest film studio in the Atlas Studios. You will visit historical monuments of Taourirt Kasbah. After Ouarzazate you will drive and experience the charm landscapes of Kasbahs through the Berber villages of Skoura and Roses Valley renowned for rose festival that organized every year in May. Night will be in Bomalne Dades the valley of birds.

Second day of tour will start from Bomalne Dades into Merzouga which has the largest and highest sand dunes in Morocco, Erg Chebbi. Then we will pass Tinghir and head to Gorge Todra which is the narrowest Gorge in Morocco. When we leave Todra Gorge we will pass through different Berber villages of Tinjdad, Mallab and Tourog.next stop will be in Jourf where you will see an old system of irrigation used by the ancient people in 16th century. Thereafter, continue to Erfoud the land of fossils where it existed many fossils mining. The lunch will be in one of many restaurants on the way. You make your way to Merzouga where you will find your camels waiting for you ride them to enjoy the sunset and stay in a traditional Berber camp overnight in the middle of the sand dunes and listen to some Berber drum music under the moon and stars.

Waking up early to see the sun rise and ride the camels back to meet you driver/guide and start your day with him visiting Erisani one of the main stations of the trading caravans in the past where you will visit an old traditional market (if its market day) than passing through Alnif, Tazarin, Nkub and Agdez where it existed the largest river in Draa valley, reaching Ouarzazate where you will stay overnight in nice hotel.

After breakfast in Ouarzazate your destination will be Marrakech passing over High Atlas Mountains and Tizi n’Tichka bends but before you will visit the Atlas movie studio the world’s largest film studios than you will reach your riad/hotel in Marrakech.

NOTE!    If the itineraries that we offer does not match what you’re looking for contact us and we will prepare a trip that suits your own needs and requirements.

Book your next adventure